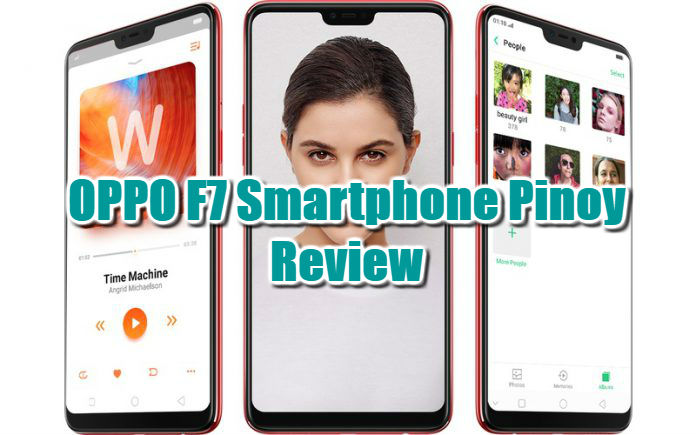 Today, Oppo’s newest F series lineup has been released in the Philippine market. The newest addition to this line-up is the Oppo F7 and Oppo seems retained its “selfie expert” selfie camera just like the previous released models. Launched few weeks after the Vivo V9 which almost an identical look and internals as the Oppo F7.

The Oppo F7 starts at a price of Php 17,999, the base variant of Oppo F7 is priced slightly higher than its predecessor, the Oppo F5. However, Oppo has number of changes on its new phone that makes it feel like an upgrade to the F5. The star of the show here is the notch, an improved processor, and an AI-powered selfie camera that could beat other smartphones when it comes to image quality.

The Iphone X’s the “notch” seems to be the new standard for new smartphones these days and it is here to stay till there is a better place to hide the front camera sensors and speaker.

The front of the phone is nearly all display with 82.5% screen-to-body ratio, leaving aside the notch and a thin bottom bezel. On the back of the phone, you’ll see a glass-like design with the O-shaped fingerprint scanner, the rear-facing camera and the Oppo branding. The phone has a thickness of 7.8 mm which is fine because of the larger battery in it.

The buttons are feel sturdy and not too stiff. However, Oppo included a micro usb port instead of USB-C port but it does keep the 3.5mm headphone jack which is a definite plus. Also, phone is predominantly made of plastic, making it look and feel cheaper compared to VIVO V9. I personally did not have issues holding the phone, but the owner of the phone did complain that the Oppo F7 is rather slippery. A jelly case will resolve this issue if you can find one soon.

The notch is impractical, ugly and seems very odd but once you let that slide, you do learn to appreciate the almost edge-to-edge 6.23-inch Full-HD Plus LTPS IPS LCD display on the Oppo F7. The phone does have a bezel towards the bottom of the display, but the rounded edges ensure a screen-to-body ratio of 82.5 percent which will leave you in awe for at least a few days. It does feature a different aspect ratio of 19:9 but that did not seem to hamper the viewing experience in any way.

The only area which I think could have been improved is the peak brightness of the display. The Oppo F7 is certainly bright enough to be viewable under most lighting conditions but under bright sunlight, I was able to see or read very little of the display. Oppo does throw in Gorilla Glass 5 protection on top but where it does miss out is an oleophobic coating on top which again makes it very prone to fingerprints or even dust for that matter.

Color OS 5.0 is smooth on the Oppo F7 with neat system animations, poppy icons and a system-wide search tool that lets you find contacts, apps and messages with a single swipe down gesture.

You also get most of the features baked into Android Oreo-like long-press quick actions, quick switching. In a bid to try and please iPhone users, ColorOS also brings features from iOS such as full-screen gesture support. Now, full-screen gestures were a part of ColorOS 3.2 as well but it was more of a half-baked feature rather than a usable one. That seems to have changed on the Oppo F7.

You also get a full-fledged Theme store as well as a Wallpaper Store for those who love customising their phones. Another key addition is Oppo’s new facial unlocking system which is very quick. It certainly is not as secure as Face ID or Samsung’s Iris Scanner but it does add a level of convenience if you wish not to use the fingerprint scanner.

There is only one small issue that I found irritating and that is the inability to swipe away notifications. ColorOS 5.0 requires a two-step process to clear notifications which I’m sure was unnecessary and pointless at the same time.

The Helio P60 powered camera is also capable of real-time HDR while clicking selfies and later learns how to edit your images based on your general editing history. The camera app comes with a number of regular modes including — time-lapse, video, sticker, panorama and expert.

As for results, you do get very pleasing images with both the front and the rear camera. The AI Scene Recognition actually seemed to make a difference in my testing and the images turned out to be much more pleasing than it actually should have been. What I mean is that the camera does a lot of post-processing to make the images look more vibrant and what it feels is more pleasing to the eye. This would appeal to most who intend to click a selfie and post it on Instagram, but not so much for someone who wishes to further play around with the raw image.

As for low light shots, the images shot were soft and almost unusable but it did get better when there was adequate artificial lighting. Oppo does throw in a full Pro mode called “Expert” mode which does allow manual control over most of the settings, making night shots which are less noisy. Video, however, is unimpressive due to the lack of any stabilisation. The F7 can shoot at a maximum resolution of 1080p at 30 fps through both front and rear cameras but quality here really takes a hit.

While the Oppo F7 is a camera-oriented smartphone, it is certainly no slouch in terms of overall performance. While general browsing and usual day to day tasks were handled by the F7 with relative ease, it also turned out to handle gaming quite well. This can mostly be attributed to the MediaTek Helio P60 chipset that the phone features.

I played demanding titles like Asphalt 8: Airborne, Dead Trigger 2 and Need for Speed: No Limits on the phone for extended periods without little to no hiccups at all. Temperatures were also well within normal limits.

As for audio quality, the single bottom firing speak is loud but being a mono setup, it can easily be blocked off while watching a video or playing games. Call reception and call quality on a VoLTE network were excellent and so was the audio from the 3.5 mm headphone jack of the Oppo F7.

With OPPO F7’s 3,400 mAh battery seemed to perform well under daily and heavy usage conditions. It delivers a day’s worth of battery life with 25-30 percent battery to spare, depending on usage. My usage included, Facebook, two email accounts on separate applications, video streaming for an hour or two, and two hours of gaming.

The phone returned with a score of 7 hours and 57 minutes on our standard Work 2.0 Battery Life test. Oppo does not include any fast-charging capabilities here so if the phone does run out of juice, you are out of luck. Topping the battery up from about 14-18 percent to 95 percent takes roughly two hours.

At first sight, the OPPO F7 looks premium because of the notch, thanks to apple. But Oppo’s F series, being its flagship lineup certainly does more justice to the brand trying to merge a superlative selfie experience while being an equally capable daily-use phone.

At a starting price of Php 17,999, OPPO F7 will pass as mid range smartphone with excellent camera image quality, fast gaming performance, and stylish looking device without spending too much with high end tier smartphones. As a gamer, I would rather consider getting this phone than VIVO F9 but overall the’re all good smartphones.

What I liked about the OPPO F7:

The Oppo F7 puts a 6.23-inch FullHD+ display with an aspect ratio of 19:9 and a resolution of 1080 x 2280 pixels. Oppo has also thrown in a full-screen gesture support which works similar to that on the iPhone X.

The base variant phone comes with 4 GB of RAM and 64 GB of onboard storage and there is a higher-end version with 6 GB RAM and 128 GB storage. Both phones have the option to expand the storage using the microSD card slot.

As for the camera, the F7 packs a 16 MP camera on the back with a f/2.0 aperture, 1080p video recording and dual-tone LED flash. As for selfies, the smartphone will have a 25 MP camera in front.

On the software front, the Oppo F7 runs on the company’s ColorOS 5.0 built atop Android Oreo 8.1. There is also a rear-facing fingerprint sensor and connectivity options such as 4G VoLTE, Wi-Fi, Bluetooth and GPS/A-GPS. The phone also features a 3,400 mAh battery. 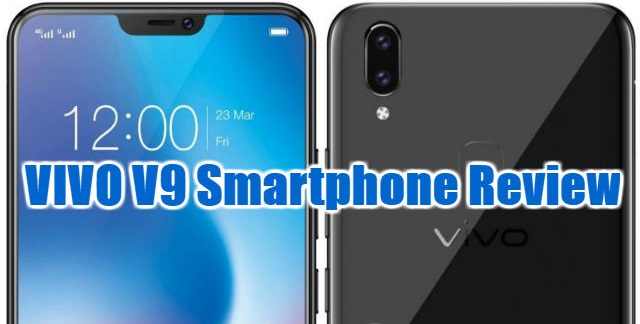 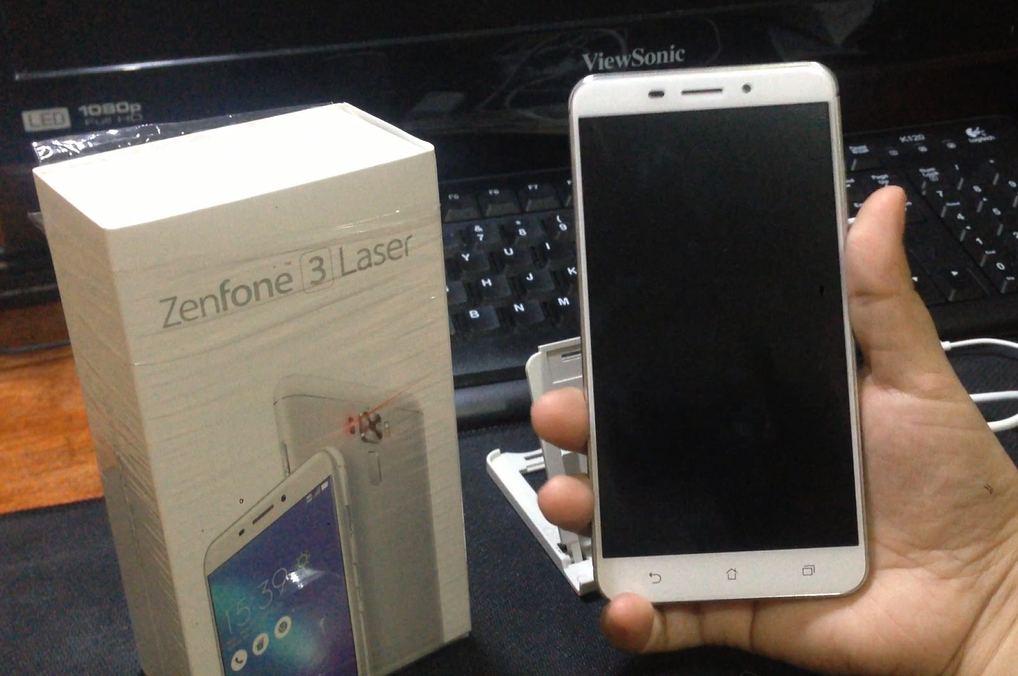